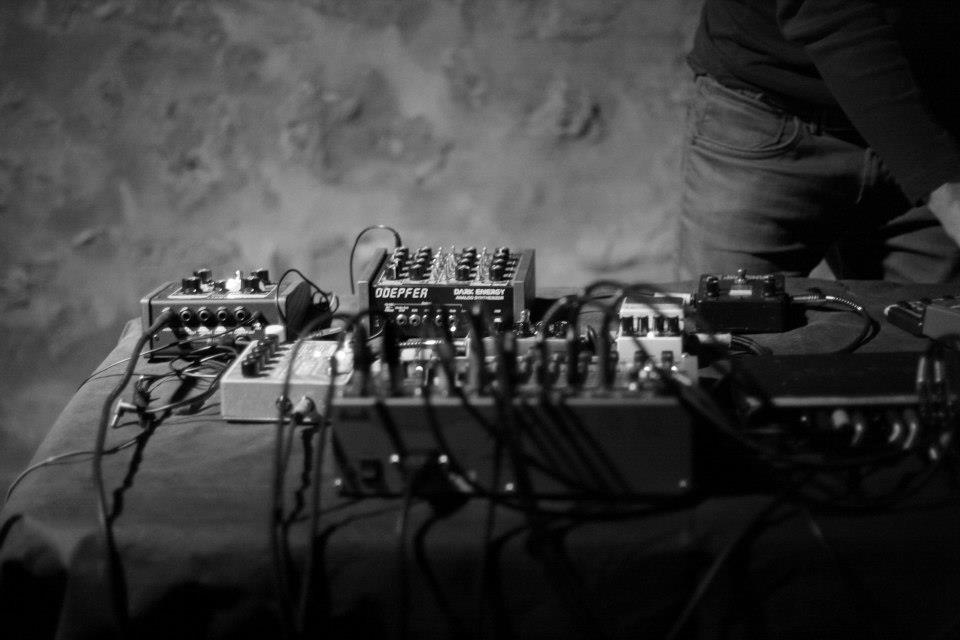 Engineer and electronic musician, Alberto Boccardi got his BA in aerospace engineering at Politecnico of Milan and his diploma at the International Academy of Music at Milan conservatoire.
He played bass and drums since his 14s in punk, hardcore and crossover bands.
He recorded 2 CDs with Brainsick band, playing in numerous festivals in all Italy.
From 2005 he started working with electronic music.
During his research he found the warm density of acoustic and analogical instruments, the environment as sound texture and multiple sound sources as elements of composition. He’s looking to recreate deep emotional soundscapes working with minimal elements and focusing on the suspension and on the contrast between sound and silence.

He is a founding member of anyBetterPlace, a performative/installative audiovideo group.
anyBetterPlace has been selected as finalist for Muv (Florence ’10) and for NAO Performing Festival (Milan 10). They performed also in Edvisk festival in Stockholm (Sweden, 09) and in the Danish Pavillion for Biennale 11 Venice.

He has been awarded by NAO i-create 11 contest with Schuko dance company for the 2011/12 new production: Come corpo cade.

He has released his first self-titled CD (fratto9 under the sky – Feb 12) and he has been selected by The Wire magazine inside the April 12 experimental music compilation: The Wire Tapper 28.

He has played guitar for Ben Frost in the performance “Music for 6 guitars” (MITO festival, MIlano – Sept 12).

He has released a collaborative 12″ split with Lawrence English (fratto9 under the sky – Jun13).

He has toured intensively in Italy and abroad playing among the others with Lawrence English, Barn Owl, Mika Vaino, Lorenzo Senni, Nicola Ratti, Attila Faravelli, Ametsub.